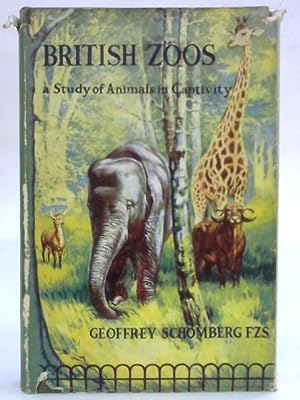 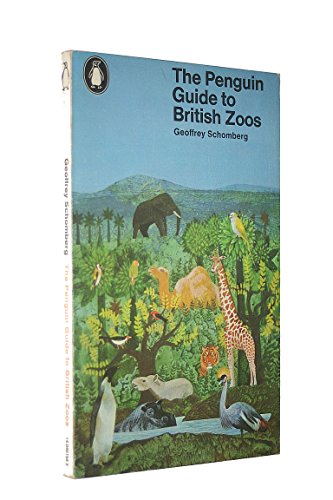 Geoffrey St George Schomberg FZS (1927-1997) , Mr Schomberg was born in London in 1927 … He was in school at Chesterton Boys School in Seaford ,Sussex in 1939 …In later years he was educated in Eton and Oxford … He was a Stockbroker but was always keen on Zoos their welfare and also dreamt of owning his own zoo… In 1957 he published his first book “British Zoos A Study of Animals in Captivity” … he had visited several Zoos and wrote about them … Also in 1957 (24th April ) he married Clare Michell … In the early 1960’s he had 2 daughters born … In 1965 he divorced Clare … In 1966 The Federation of Zoos in Britain and Ireland was formed by Mr Schomberg (seemingly in Islington , London ) and he was Secretary for 9 years … in 1970 Mr Schomberg had another book published “The Penguin Guide to British Zoos” … All the Zoos and Establishments were graded by him and he commented on every single one with his opinion … In 1974 he was the Editor of International Zoo News for a few years … By 1975 he had married Elizabeth Beck and was now living in Suffolk … He became a Director of a Zoo planning consultancy which designed Zoos mainly for overseas governments … In 1976 he had major input in the AA “Wildlife in Britain” Book ..
Sadly Mr Schomberg passed away in 1997 in Llanelli , Carmarthenshire … Wales ….
The Federation of Zoos in Britain and Ireland in 2005 became BIAZA ( The British and Irish Association of Zoos and Aquariums)
His research and writings on Zoos are still renowned today … He made and slayed a lot of Establishments just with his comments
For information on Zoos both existing and old ones join this facebook page https://www.facebook.com/groups/671948229882510